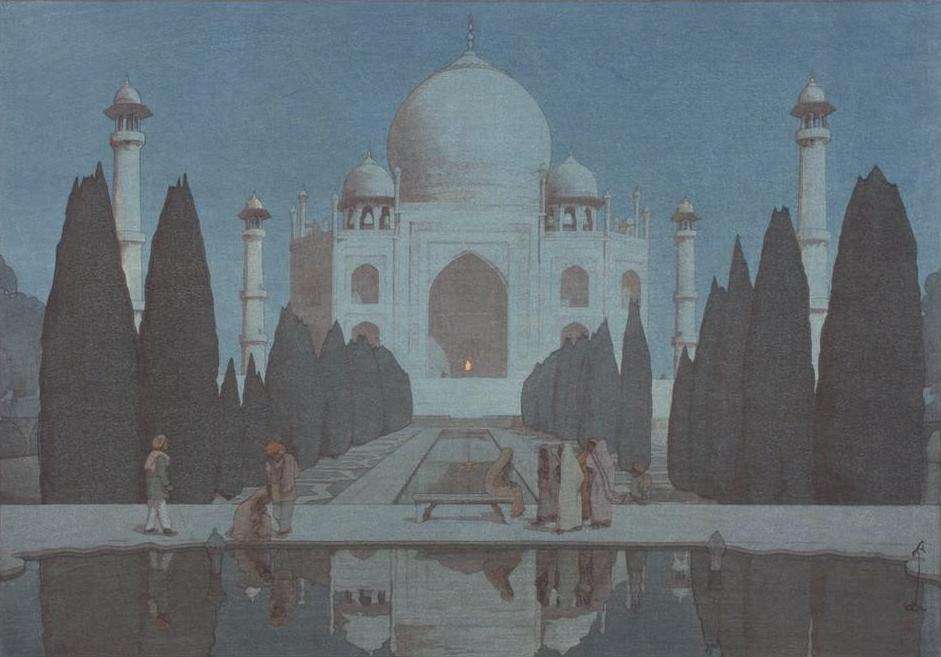 Perhaps no artist manifested Japan’s opening to the world and engagement with global civilization during the Meiji era (1868-1912) than painter and woodblock print artist Hiroshi Yoshida (d. 1950).

Yoshida’s shin-hanga prints were created for a Western audience. Though Yoshida was commercially savvy, his craft involved the use of “sophisticated techniques” and the blending of Western realism and traditional Japanese print art.

The Japanese artist’s work from his travels in contemporary India and Pakistan offers a rare gaze on the east that is both foreign and eastern.

Yoshida and his son Toshi embarked on a study trip to India in 1931. By early 1932, he completed the first series of his India prints.

The most famous among these prints is his set on the Taj Mahal, which depicts the same scene in different tones or “moods.”